The DISC model of behavioral types can be a valuable way to help identify how to best communicate with a person to generate the most leads. If you speak in a way that is most accessible to a person they are much more likely to understand your point. The DISC model can be visualized as a set of axis: 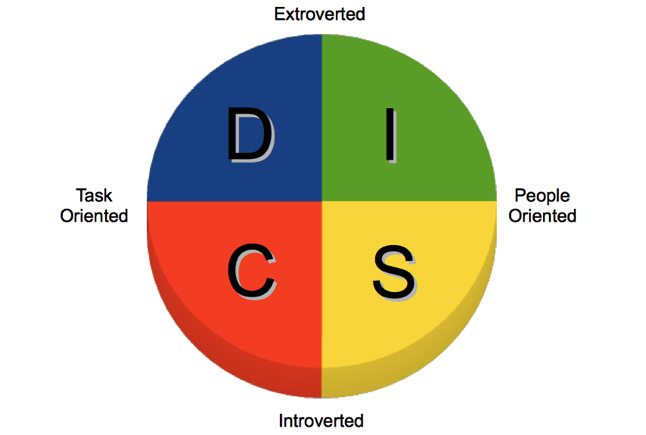 In ZMOT: Winning the Zero Moment of Truth we read: “The truth is that for many shoppers, the single most powerful impetus to buy is someone else’s endorsement.” The DISC model predicts that this would be most especially true for those on the “People Oriented” side. The Target Training International, Inc. DISC manual Chapter 11 shows the overall mean averages for each behavioral group as well as details when comparing gender and other variables. In general, the types of behavior models are fairly evenly distributed across the population.


The statement about endorsements in no way dismisses the probability that for around half of all shoppers the facts pertaining to their buying decision would be “the most powerful impetus to buy” because they are more “Task Oriented”. Equally true.

The point of this discussion is to underscore how important it is for marketing to speak effectively to all pertinent behavioral types.

The actual weighting of how important this dichotomy is for any particular business depends additionally on the type of business. For example the above average up-time stats for an ISP may be just as effective for that business as a Pinterest following is for sales of a particular dress.

The complexity of all this tends to increase over time.  ZMOT shows an ever-increasing number of online influences involved in many types of buying decisions. Yet, confusion still exists in the business community about how this works.

sem[c] had a client who convinced himself that his 4.5/5 overall Yelp average was not valuable to his business because he couldn’t get Yelp to remove the reviews that he found offensive. His sales figures showed that females were an important demographic to his car repair business. He removed all website references to his business’ Yelp rating out of anger and against our very vocal objections. Almost immediately, he began reporting that he was getting fewer prospects from website contact. According to TTI, Inc. data, females are more frequently identified in “People Oriented” behavior patterns and consequently we would predict that endorsements would be particularly effective in influencing their buying decisions. Implementing a new AdWords campaign specifically targeted to a female audience more than doubled traffic to his sites but he reported no change in sales.  Despite the obvious conclusion, he saw no reason to resume using the Yelp reviews as a sales tool.

In another Yelp anecdote, I had a personal response from a restaurant owner who offered me a $100 gift certificate to his place if I would “take down” my Yelp description of an unpleasant evening there because it lowered his average down to 4.5. Both of these examples show the desire of business owners to manipulate endorsements as well as the value to the consumer of a supplier like Yelp who resists being manipulated.  Yelp realizes that impartiality is of the utmost importance to validity of their content. Both car repair and restaurants are types of businesses that are very influenced by Yelp for better or worse.

It remains important to practice the discipline of SEO which is to clearly identify your business NOT in the terms which you think of it but, rather, how others are looking for the benefits that your business offers. This will meld into the social media aspects of your business. A good record at Yelp can be an influential sales tool but you need to visibility from online marketing to build the lead generation that will allow prospects to see your ratings and to discover the facts about what your business offers them.